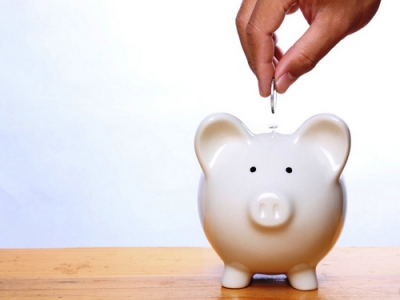 The discount in the bill is there, but does not know virtually none ...
They may receive about 3 million citizens have benefited yet only 34%, for electricity, and 27% for gas.

The facilities may also relate to the seriously ill. Can save between 15% and 20% on the bill of electricity and gas, and yet hardly anyone knows them. The electricity bonus and the gas concessions are introduced between 2007 and 2009 to help certain categories of citizens - such as those with very low incomes or in need of life-saving electronic equipment - to contain costs. It is a discount on the cost of electricity and gas, applicable both to a free trade agreement that protected the regime, which is calculated not on the actual expenditure, but on the average of one type user commensurate to the number of family members and the climate where you live. To give you an idea: for electricity, ranging from a minimum of 80 euro for a family with one or two people, up to 153 € for large families. According to data of the Ministry of Economic Development, they would be entitled 3 million citizens. Yet, from a survey initiated by the Authority of the sector (Aeegsi) it showed that the demands are far fewer. In the case of the electricity bonus they got only 34% of those eligible. For gas, the percentage of beneficial drops to 27%. It has also showed that after a first year in which the bonuses reached almost 2 million households, beneficiaries have declined more and more.
Who would benefit? They are all families with ISEE not exceeding € 7,500 and those with at least four children and a Isee below 20,000. Since bonuses are however excluded families that use different heating sources from natural gas. Additionally, with the Decree of 14 September 2009, the bonuses have also been extended to the beneficiaries of the purchase card or Social card. In this case the discount is recognized on the electricity bill, without the need for requests from the client. And the bonus is renewed every year automatically. However among families excluded from these benefits there are in particular those with a householder under 30 or over 70. And do not ask are, paradoxically, the families with the highest energy expenditure.
From the data collected it appears that on average 30% of customers who had asked for the bonus, then do not have reiterated their request (which must be done every 12 months). Compounding the situation is the fact that those who would be entitled as possessor of Social card, in fact who use it not because almost no one has indicated the pod code (ID code of the physical point at which the energy is delivered by the supplier and taken from customer), necessary to identify the supply of power to apply the bonus.
The origin of numbers so low, there are - as evidenced by the survey - not very effective communication strategies that have failed to reach all potential beneficiaries and to which you are now trying to make up with campaigns like "Bonus to Know" by Adiconsum . Then there is the question of bureaucracy... To get the bonus you must, in fact, present at the municipality of residence or Caf, the modules that can be obtained from the municipalities, on the website of Energy and on site ANCI. In addition to the modules are then used an identity document, the ISEE, the list of the ISEE core components and, in cases of large families, an additional form to prove it. Finally we need some information found on your bill or supply contract. This is the Pod code and the value of the power committed or available delivery. Among other poorly understood financial aid is one that affects the seriously ill who need life-saving equipment. Again the bonus request must be made to the local council or the Caf, using the form available on the same websites. It must also attach the certifications of their local health authorities on the serious health conditions that make it essential to use the life-saving equipment. The bonus value is not fixed and depends on the bargaining power, the type of equipment and time of use. The discount is deducted directly from the bills throughout the period of use of the equipment. To get the benefit is not necessary to have a low income.

This site uses cookies technicians and own and third-party profiling for its functionality and to send you advertising and services in line with your preferences. If you want to know more click here.
By closing this banner, scrolling through this page or by clicking any element its consent to the use of cookies.